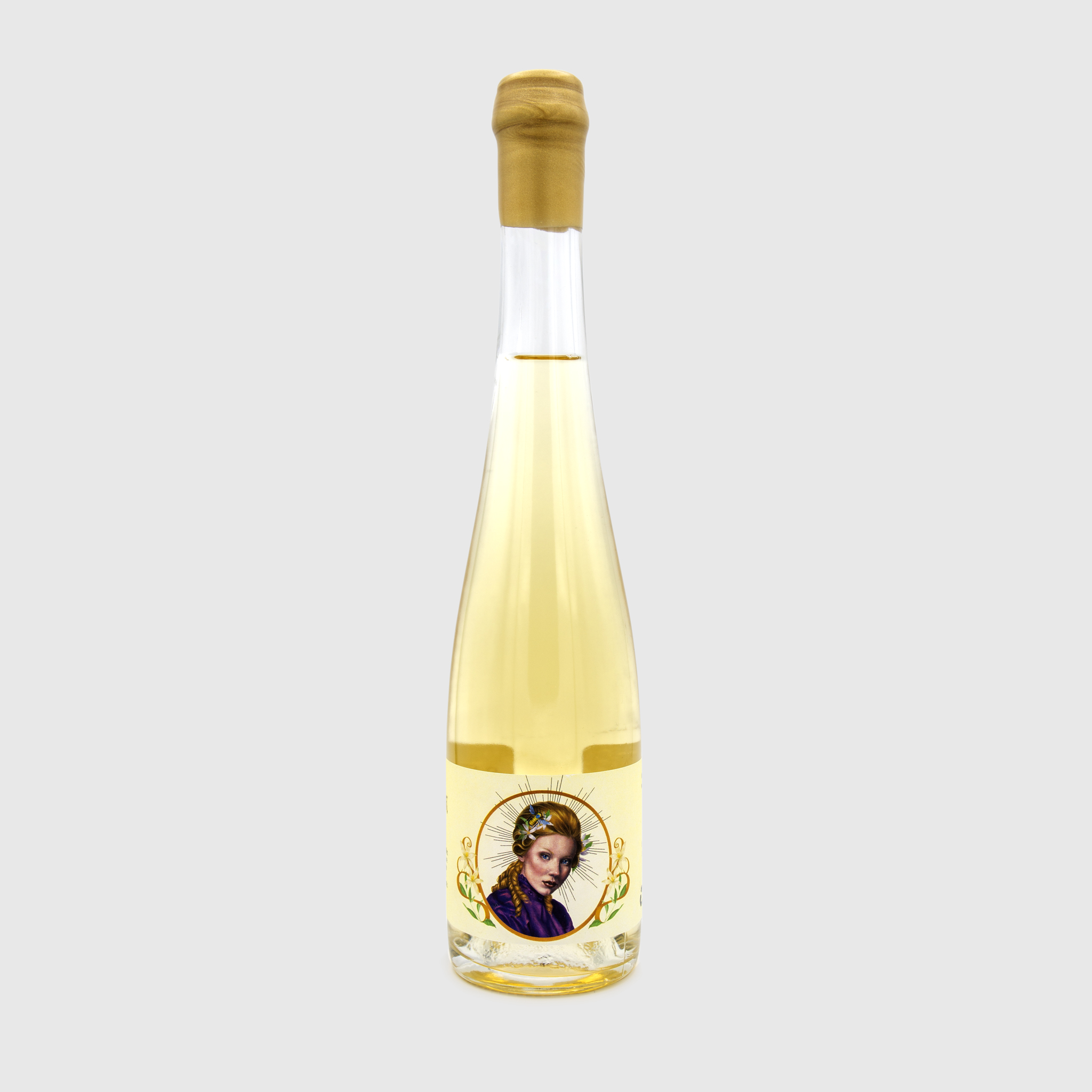 Drottningin is a celebration of all the women in our lives. This handcrafted traditional mead is made from pure orange blossom honey. Like any queen, Drottningin is delicate and sweet, yet strong and powerful. Enjoy chilled to make any occasion royal and majestic.

Birtir is made with Belize and Nicaragua cocoa nibs selected by Omnom Chocolate, as well as maple syrup, specially roasted hazle nuts, roasted barley and vanilla beans. Matured on American Oak. Made specially as an easter egg for grown ups. 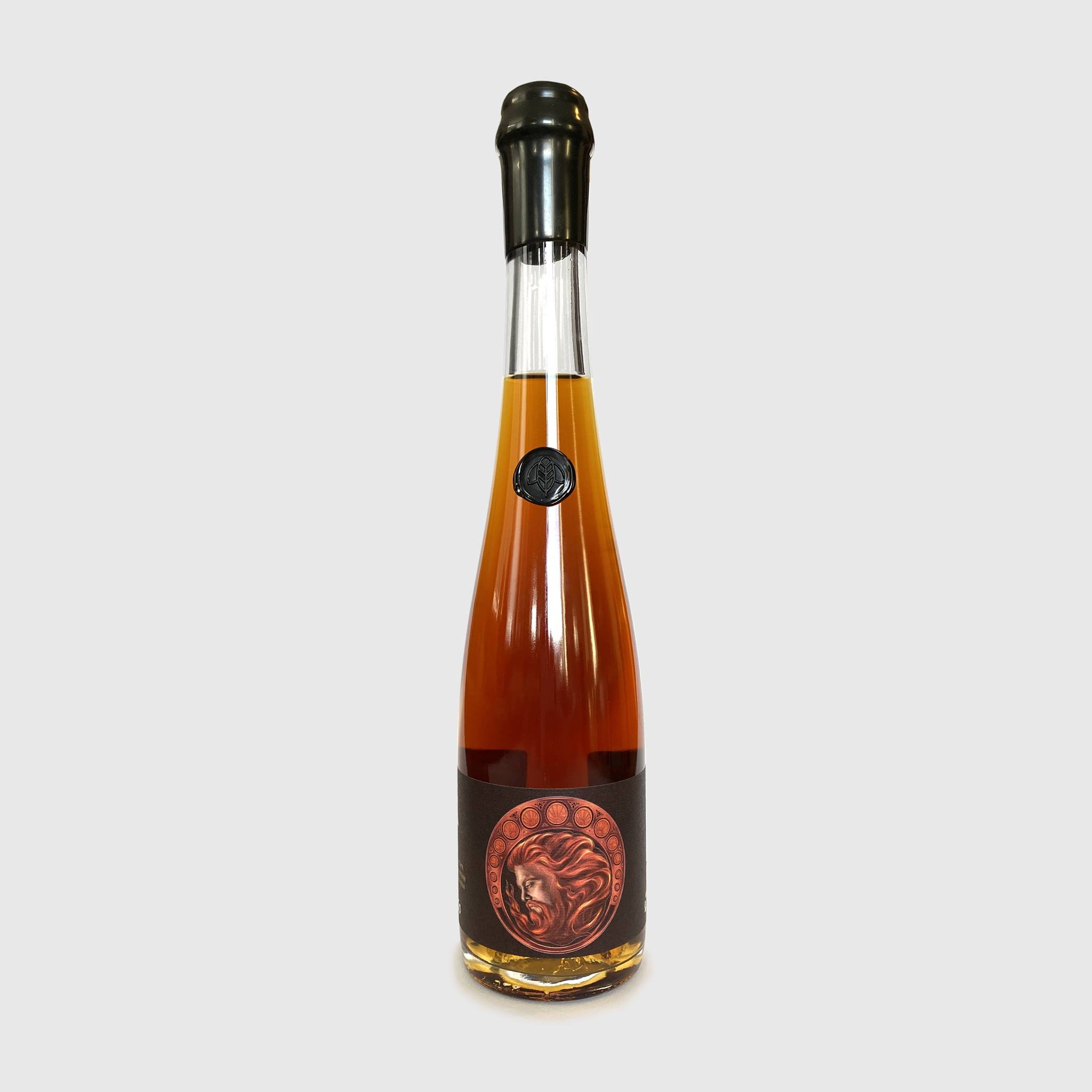 The honey used in this bochet was caramelized over an open flame. Logi means flame and is the name of a fire gian in old Norse mythology and was the inspiration for this mead. This handcrafted limited edition batch was aged on a Flóki Whisky barrel and is limited to only 350 bottles! 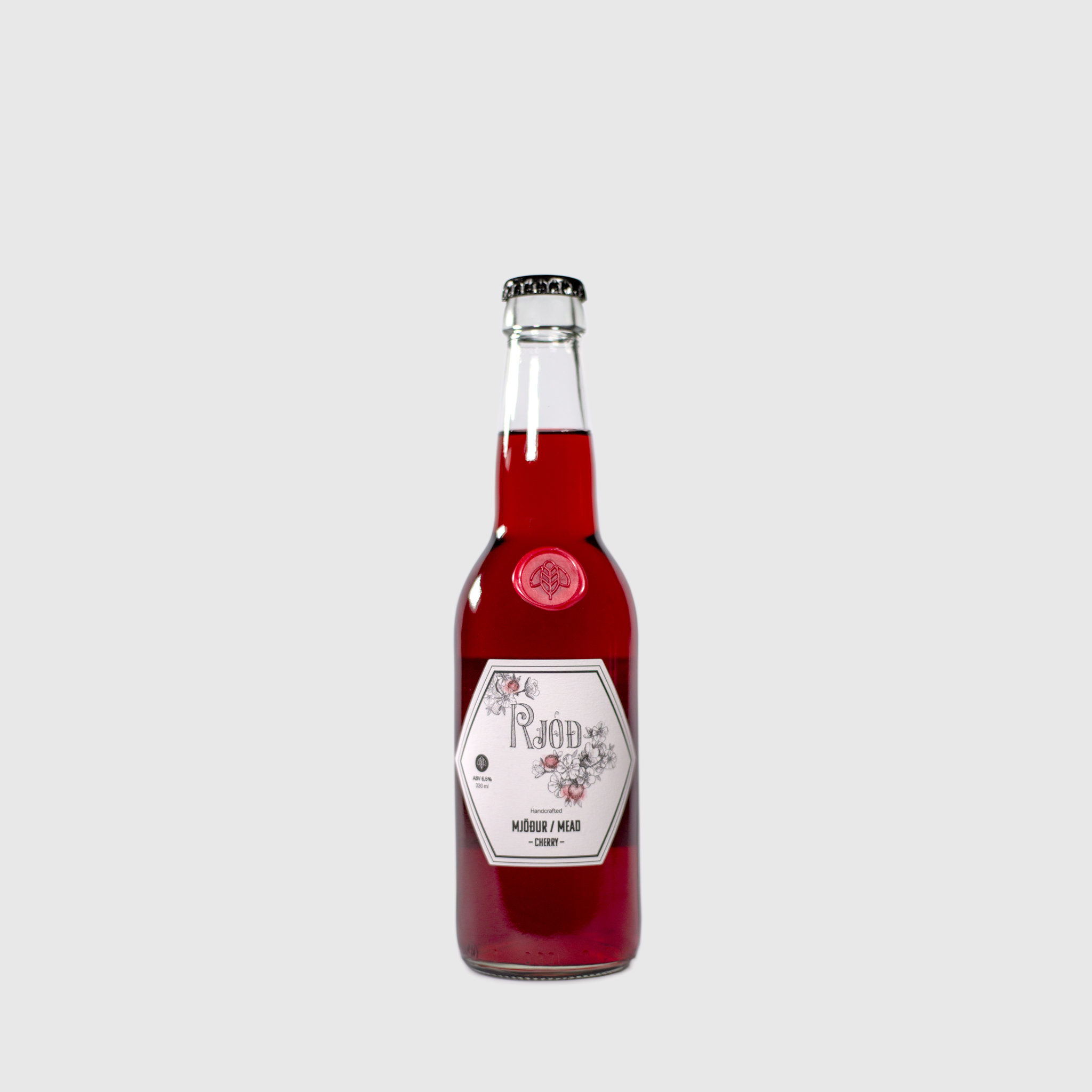 Rjóð is a melomel - which means mead with fruit or berries. Loads of cherries are added at the end of fermentation that turns the mead red and gives off the delicious aroma and flavours of the cherries. Rjóð is carbonated and is best enjoyed chilled in a glass with your favourite desserts or cheeses. Rjóð came in third as the “best beer” at the annual beer festival at Hólar in 2018. 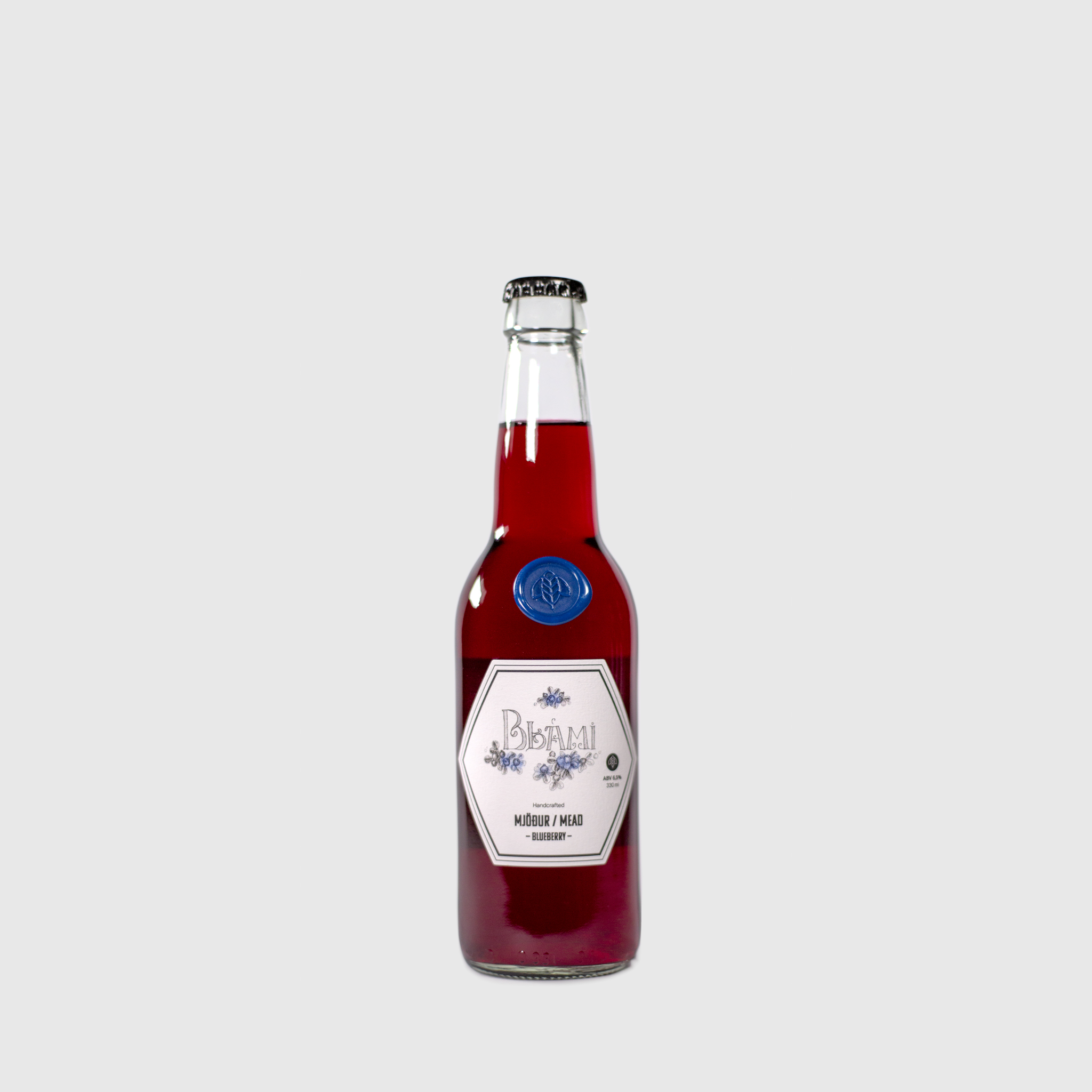 Blámi is a melomel - which means mead with fruit or berries. Blámi is the brother of Rjóð and is made the same way. Foraged Icelandic blueberries are added at the end of fermentation that gives him that deep violet colour and natural flavour and smell. Blámi is carbonated and is best enjoyed chilled in a glass cold with your favourite desserts, cheeses, or just by himself. Blámi came in second as the “best beer” at the annual beer festival at Hólar in 2018. 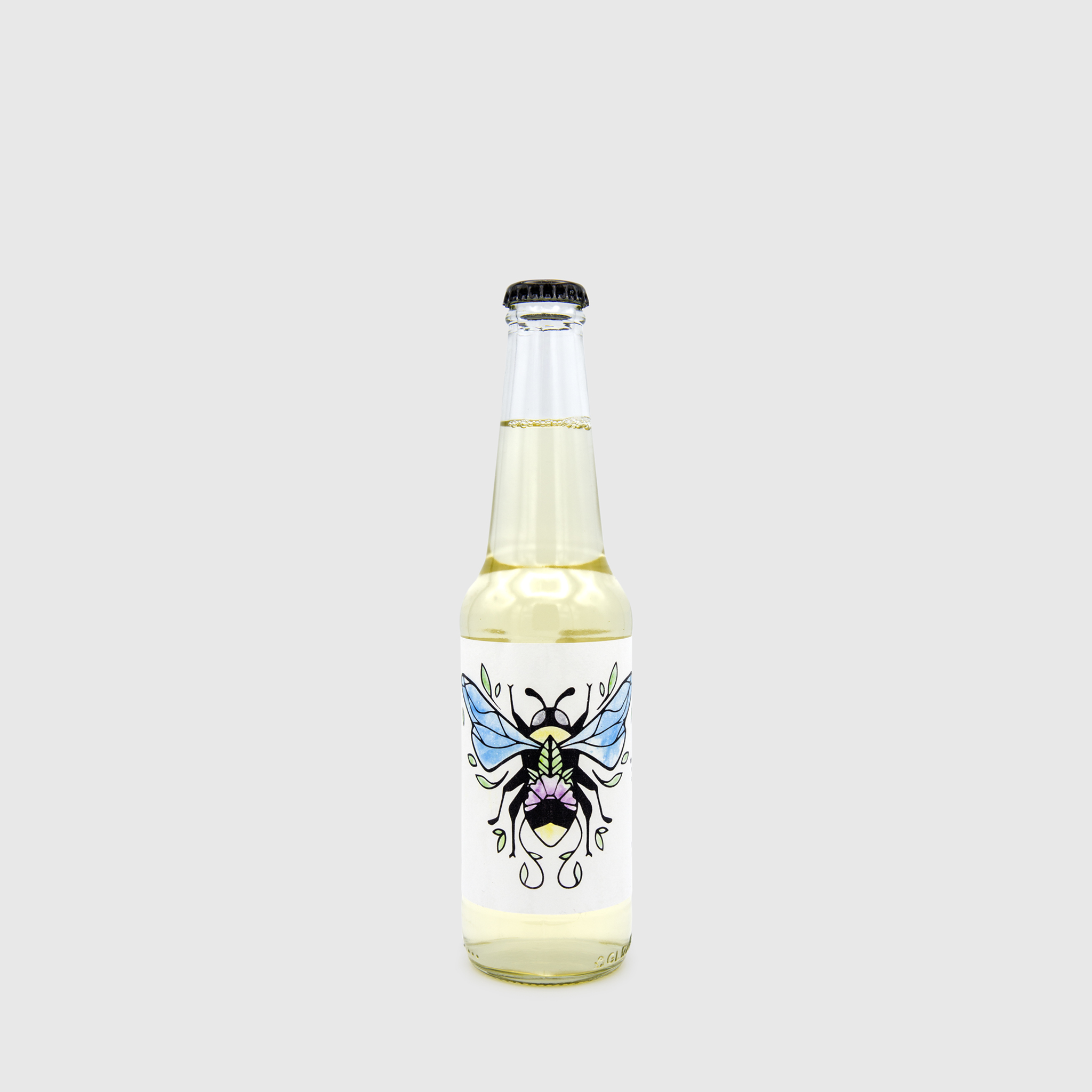 Fluga is a delicate mead inspired by the arcic summer, made with clean Icelandic springwater and spiced with angelica seeds and arctic thyme foraged from the wild Icelandic nature. This carbonated session strength mead is best enjoyed chilled in good company./p> 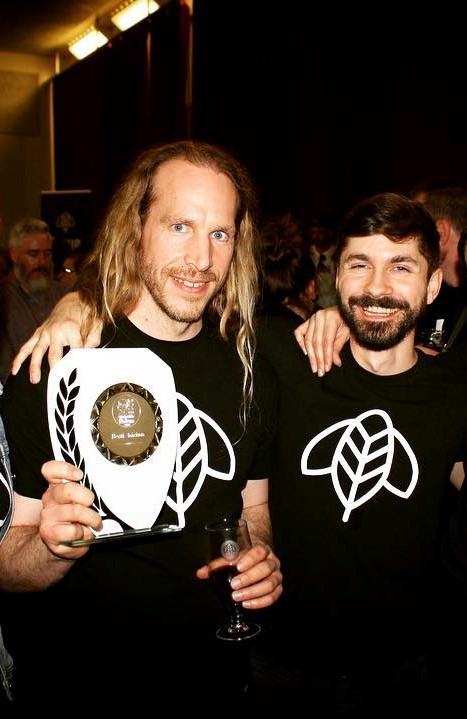 Öldur is the first meadery in Iceland, founded by Sigurjón Friðrik Garðarsson and Helgi Þórir Sveinsson in 2017. Helgi has worked as a brewer and distiller at three Icelandic companies and both Helgi and Sigurjón have been active in the homebrewing scene in Iceland. Over the years they have both won awards for their homebrews and studied how to make mead. It made sense for those two guys to join forces and re-introduce mead to the people of Iceland.

The meadery is located in Grandi Harbour area, Fiskislóð 24, 101 Reykjavík.

Where can you find mead from Öldur?